After all, it is not just about the demoralization that employees and stakeholders face when the targets are not attained. It also means that you have wasted a lot of resources, time, and effort in chasing a goal that could not have been accomplished in the first place, resulting in the company losing out on achievable results that it could have realized.

Many companies believe that setting lofty goals can attract better ROI and push them to people at the managing layer to achieve those targets. But, what they often don't consider are the many more factors involved – which is articulated in the Stretch Goal Paradox.

In this article, we lay out how a closed-loop approach with an execution management platform can prevent such miscalculations by keeping the target-setting process within the boundaries of possibilities for the company.

Goals and targets can look very different in the executive, management, and those who will be finally working on the ground. The executive layer sets its targets based mostly on aspirations. However, the managing layer must factor in the limitations and restrictions of the existing systems when setting targets; this doesn't happen too often due to a lack of transparency of the actionable items in the system.

All too often, this leads to a gaping chasm between the goals set by the C-suite and the targets that the people at the managing layer can pull off. This is especially fatal in micro, small, and medium enterprises.

Nonetheless, this mismatch can cause immense friction between the executive and managing layers. For one, there would be a clash of egos on who knows better. But even if we can look past that, the inevitable inability to achieve unrealistic goals can result in continued frustration trickling down from the execution through the management down to the employees, creating a toxic working environment.

As much as it can be hard to believe, the inability to set realistic goals can result in the rusting of the working machinery in a company and ultimately bring about its downfall or undermine the morale of many employees.

So, how can an execution management system support target setting and management or steering?

An execution management system is not a replacement for the executives or managers in a company. Think of it more like an accessory or aid to support realistic target setting in a company. An execution management system can provide the exact structure, verifiability, recommendation, and accountability that can be the crucial differentiating factor between high and low or no success. It introduces much-needed discipline in the process of target and goal setting.

On top of that, an execution management system factors every variable and parameter involved in affecting the system's input, process, and output. Utilizing data from various points in the process flow analyzes the system and sets out achievable possibilities. This helps the management easily bridge the performance gap in their systems.

Closing this gap can release as much as $50 million EBIT per $1 billion in sales in the supply chain only.

But, how can capturing decisions and making recommendations ease managing expectations of complex systems like supply chains?

The supply chain is one of the most complex components of any enterprise. It is plagued mainly by eight elements: product portfolio complexity, multi-channel sales complexity, internal complexity, supplier networks, regulatory complexity, sustainability requirements, speed of innovation, and new types of competition.

These result in the massive performance gap discussed above.

Executives can find themselves in massive dilemmas with the pressure of setting realistic targets. When assisted by an execution management system that is aided with decision capturing, the executive can be assured that the system's recommendations on which he is basing his decisions have vetted every possibility and presented him with the one that has the maximum chance of success.

Realistic goal setting can make all the difference between a successful, happy organization and a failed, frustrated one. An executive must be careful in setting correct and reachable targets on the right side of that line. Execution management systems like AIOimpact support these mechanisms in all relevant aspects. 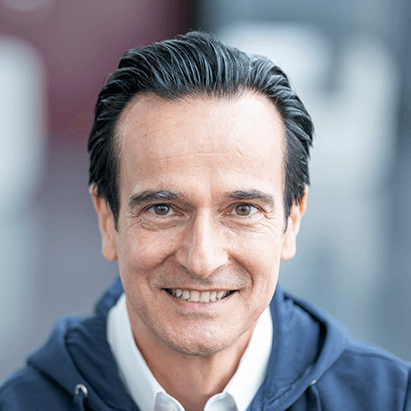