To gain a competitive advantage, you have to steer new types of competition 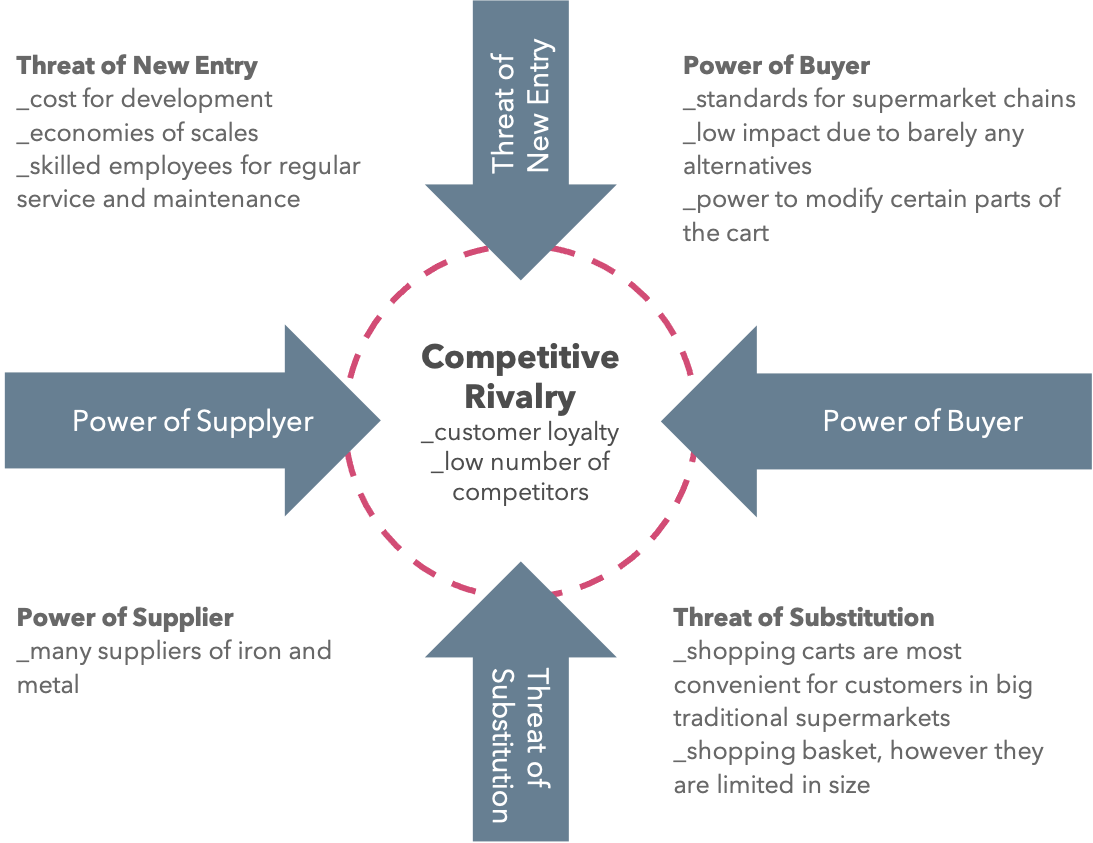 Let us consider two of them in more detail:

Companies identify possible substitutes by identifying products or services that can fulfill the same function as their own products. Substitution affects an industry's profitability as consumers may buy the substitute in place of your product. However, the availability of nearby substitutes will also make the industry more competitive. A lack of comparable alternatives makes an industry less competitive, increases the profit potential for the companies in the industry, but could potentially lead to difficulties in developing innovations. Let us look at an example from the recent past: The video recorder first became available on the market for home use in the early 1960s.

The technology was revolutionary: films could now be recorded and watched again at a later point in time. Video stores were booming - customers could borrow many movies without having to buy the VHS. In Germany, this technology expanded the home entertainment market enormously because only ARD, ZDF, and WDR were available on public television until then. The video recorder was initially a luxury product with an original price of DM 7,000 in 1964. With the introduction of the DVD player in Europe in 1998 and later the BluRay, the video recorder was finally completely displaced. In the beginning, the old technology could still exist because there was no possibility of recording with the DVD player. This changed with hard drive technology, however, and storage options became independent of fault-prone external media. The price of the first DVD player was around € 700-900. Today a BluRay player costs just € 60. The former bestseller video recorder was replaced entirely by a digital product, not least with the introduction of streaming services such as Netflix, Amazon Prime Video, etc. This development also means that classic supply chain management can be completely dispensed with.

Clayton M. Christensen invented the "Jobs to Be Done" framework as an innovative way of thinking and managing the threat of substitutes: According to that theory, "product developers focus too much on building customer profiles and looking for correlations in data. To create offerings that people truly want to buy, firms instead need to home in on the job the customer is trying to get done." 1 If we buy a product, we do so to get a "job" done. If the product works out satisfying, we will likely rebuy it later when a similar job must be done. Bob Moesta, an innovation consultant, was hired to optimize condominium sales for a construction company near Detroit. The company had specialized in downsizing customers, e.g., after divorces with a moderate budget and a certain sense of luxury. The units got lots of traffic that did not convert in sales too often. After a cost-benefit analysis in several details of the units and the implementation of several changes, sales did not increase. Moesta then started asking actual buyers what job they wanted the condominium to get done for them. The answer was as extraordinary as simple: As soon as they figured out what to do with their dining room table, they were free to move. So, what stopped buyers from choosing to buy was not a feature the construction company hadn't offered, but rather the fear that came with giving up something of profound significance. "I went in thinking we were in the business of new-home construction," Moesta recalls. "but I realized we were in the business of moving lives."

In case of the threat of new entry, companies can pursue different strategies: product leadership, customer intimacy, and operational excellence. Therefore, compared to competitors, you have either a better product, are closer to the customer, or have lower costs and lower prices. Let's look at the example of Starbucks: Abhijeet Pratap found in his Porter's Five Forces analysis of Starbucks in 2019 that the threat from new entrants to Starbucks was moderate.2 The barriers to market entry are not very high, and the initial investment to start a coffee brand is also low. The degree of saturation in the industry is moderately high. New entrants can, at least locally, compete with brands like Starbucks. However, your chances of success remain low to moderate. Starbucks' large market share mainly exists through its infrastructure, efficiency, and product quality. Since switching costs are low, new brands can attract customers with lower prices. Therefore, the threat from new entrants remains. Brand image, market share, and other factors such as brand loyalty reduce this risk significantly. Another competitive advantage for Starbucks is access to raw materials and suppliers: because of its size, scope, and solvency, Starbucks has access to higher quality coffee and more suppliers worldwide. All these factors significantly mitigate the threat posed by new entrants. Nevertheless, with the entry of Mcdonald's and McCafe into the market, the threat has increased.

To gain a competitive advantage, the path of business model innovation has proven groundbreaking in many cases as it can turn the rules and success factors of competition upside down – whether for an established business or as a new competitor. Let's look at different examples:

Daimler invented the first automobile in 1886. Henry Ford then made the automobile accessible to a broad public by inventing continuous flow production. Nowadays, Tesla and Uber are turning the automotive industry upside down by changing the classical way of individual transportation with the vision of autonomous and carbon-free mobility. Daimler reacted to this development when they announced in 2017 that they see themselves as a supplier of mobility concepts, i.e., no longer as a "mere" producer of cars. They understand their "Job To Be Done" and, therefore, are closer to their customer's needs.

Apple is well-known for its regular innovations. "Apple's main purpose is to create products that enrich people's daily lives. That involves not only developing entirely new product categories such as the iPhone and the Apple Watch but also continually innovating within those categories." When Apple launched the iPhone in 2007, the company followed a product leadership strategy. Up to this point, there was no comparable product on the market. Later, Apple also connected the hardware to digital infrastructure, changing the customer intimacy strategy. The innovation in its camera functions successfully shows how Apple picks up customer needs and makes the iPhone much more than just a smartphone. When the iPhone was introduced in 2007, Steve Jobs devoted only six seconds to its camera in the annual keynote event for unveiling new products. Since then, iPhone camera technology has contributed to the photography industry with a stream of innovations: High dynamic range imaging (2010), panorama photos (2012), True Tone flash (2013), optical image stabilization (2015), the dual-lens camera (2016), portrait mode (2016), portrait lighting (2017), and night mode (2019) are but a few of the improvements.

Amazon diversified from a mere online market space to a service provider that covers a wide variety of customer needs. Initially, Amazon went on the market intending to attack the offline book trade. In the second step, Amazon integrated products from the department store area. Ultimately, the company built its online platform that was supposed to incorporate countless providers and their products. Today Amazon is an established cloud provider and provider of numerous other online services. Next to its online shop, solutions such as Prime Video and Music (video and music platforms), Kindle (book store), and AWS (cloud solution). Using a simple online marketplace, the customer has many other options to cover with other providers. At Amazon, they get everything at once. For example, in addition to faster delivery of ordered products, Prime customers also receive access to the video and music platform. The hurdle of using the bookstore and therefore using Kindle is significantly lower than, for example, switching to the competitor Tolino, especially when the Prime customer already has access to a large selection of freely accessible books.

All these examples have in common that innovation in a business model has led to considerable competitive advantages and has thus gained significant market share. From a customer perspective, there are higher possibilities to customize, easier and faster access, and increased benefit. Nowadays, the ongoing digitalization, in particular, offers excellent opportunities across all industries.

When it comes to the effects on supply chains, there are many possibilities to reduce certain stages of the complete network. All three examples above show that. In summary, these examples illustrate that numerous buffers along the supply chain are no longer needed. This reduces the typical bullwhip effect, which significantly improves the overall supply chain performance and cost-efficiency.

How about steering the development of the industry yourself instead of just reacting to it?

How can your company deal with new types of competition? First of all, they should avoid losing their market share to a new market player with a disruptive business model. There are two options: Either by protecting the own market by erecting barriers to entry. Disruptive business models, however, often have the characteristic of circumventing such entry barriers. Therefore, companies should use the opportunity to steer the development of their industry themselves by constantly monitoring current and future customer needs. This is only possible through a very close relationship with existing customers. Social media and joint development of products and services, in particular, offer great opportunities to tie them to their business sustainably.

In this respect, it is essential to monitor the emergence of new technologies closely. For example, more and more applications are being developed in robotic process automation (RPA) and machine learning (ML) which can take over everyday tasks and significantly reduce manual effort. Especially in the field of speech processing and image recognition, great progress has been made. Today, chatbots based on ML algorithms can even take over consulting services.

Consequently, companies should never hold on to the status quo. Instead, they should consider change, i.e., significant changes in the business model as an opportunity and the new normal. Therefore, companies should constantly challenge their business model: IBM has developed from a computer manufacturer to an IT service provider in software and cloud computing. Nokia from a rubber boot manufacturer, to the at the time the largest mobile phone manufacturer, and now the largest network technology provider in the world.

And there are also examples with strong supply chain implications: Alibaba is the most valuable retailer without having any stock itself. Airbnb is the largest hotel company without owning any real estate or being responsible for its management. Uber does not own a fleet of vehicles like an established taxi company.

Looking at these examples leads to many questions:

New types of competition have and always will influence the business model strategy of a company. Companies can positively impact their supply chain performance gap by optimizing their supply chain themselves. Costs reduced in this way generate a higher budget for research and development and enable investments in the customers themselves. The possibility arises to adjust market prices, payment terms, etc., which positively influence the position of the entire company in the market.

The following article of our 10-part series highlights the root cause of multi-channel sales complexity and how to manage it effectively. Stay tuned. 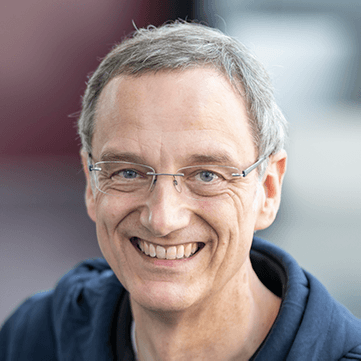